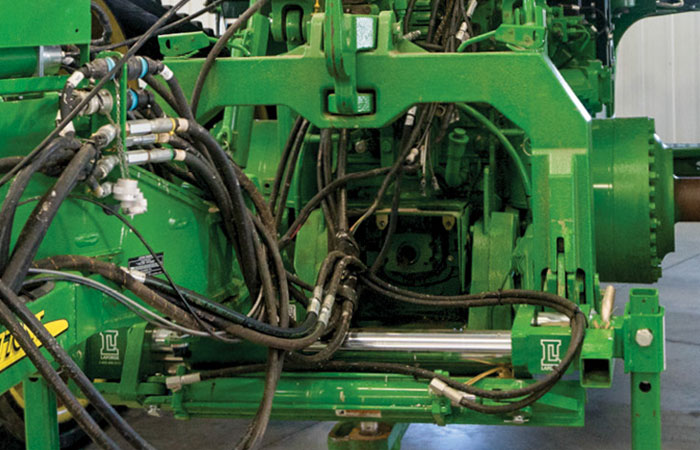 Flipping the Fertilizer Script With Variable-Rate

By James DeGraff posted on May 18, 2018 | Posted in Seeding & Planting, Nutrient Management

Billing Farms is down to 0.7 pounds of N per bushel of corn since the adoption of variable-rate in 2005, producing the same yields with two-thirds the fertilizer.

After years of strict conventional tillage at Billing Farms, the family-run corn, soybean and wheat operation out of Enderlin, N.D., couldn’t help but wonder if a better option existed to maximize fertilizer investment for corn in the early 2000s.

“Living in this part of the country, we have a wide variance of heavier soils,” says Paul Billing. “They’re all clay-based underneath, but the heavier soils can make it difficult in the spring trying to plant corn.”

After coming across an 8–row Redball strip-till rig on display at a local dealership ahead of the 2005 cropping season, the Billings decided to test the waters, strip-tilling 600 acres in year one. After two successful seasons being impressed with the ease of banded nutrient placement, they amped up their investment with a 16-row Case IH 5310 rig ahead of the 2007 season.

“At the time, we didn’t raise as much corn, but we still needed a better method for our cornmeal to complement the small grains and soybeans. Having that black berm to plant into every spring was the biggest thing.”

The operation has kept with that same Case IH rig ever since, noting its simple…

2015 Strip-Till Operational Benchmark Study: Sidedressing Nitrogen, Use of Variable-Rate Fertilization on the Rise