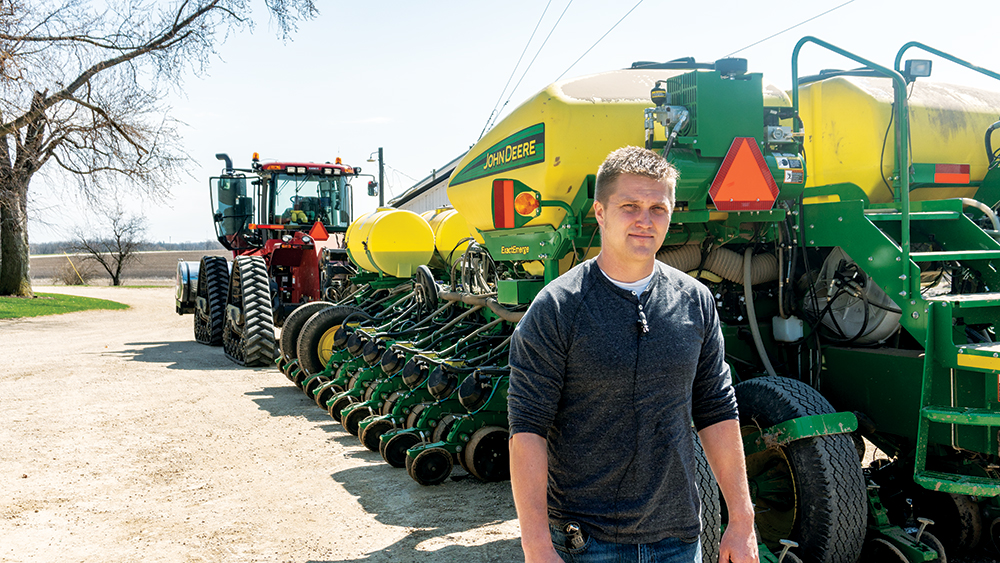 Justifying a Switch to Strip-Tilling with Early Progress & Profit

Illinois farmer sees roughly $45 per-acre savings and an up to 20-bushel yield advantage on marginal soils with a transition to strip-tilling.

For the past 6 years, Seth Wenzel and his father, Brian, have been transitioning to strip-tilled corn on their 4,000-acre farm near Kent, in northwest Illinois. Wenzel maintains a consistent corn and soybean rotation with approximately two-thirds of his acreage planted with corn annually.

The family farm has long no-tilled their soybeans, but had used a conventional tillage program that included chisel plowing and cultivating for their corn. Although the learning curve has been steep in some spots, says Wenzel, one of the biggest challenges to adopting strip-tilling was just taking the first few steps into the practice.

“Change is hard,” he says. “There’s that convention of having to do things a certain way. When comparing conventional tillage to the first year or two where we were doing corn-on-corn strip-till, there were places where the crop didn’t look so healthy. But our minds changed when we started looking at yields.”

The first indications that the transition was paying off came in the form of the immediate savings. Before switching to strip-till, Wenzel would often have to arrange for up to 3 tillage passes on his fields.

“Take the Iowa state custom rate of $30 per acre to chisel plow — by not chisel plowing, we’re saving that amount,” Wenzel says. “We’re also not cultivating so that’s another $15 per acre in rough numbers. So even without any yield advantages it’s about $45 per acre savings.”

“When we started strip-tilling…