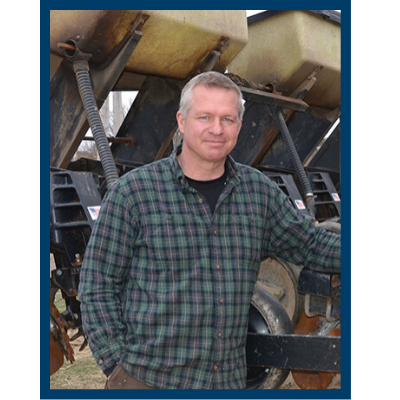 With about 80% highly erodible land (HEL) on his strip-tilled corn-on-corn fields, Stillman Valley, Ill., farmer Cade Bushnell says residue cover is critical to maintaining soil structure. But with annual corn yields averaging more than 200 bushels per acre, he also needs an effective strategy for breaking down residue on his 1,300-acre operation.

“The big thing for me is I have to have a Plan A and a Plan B, not matter what I’m doing,” says Bushnell. “Mother Nature is going to trump everything I really want to do, so I have to let her do her thing and I’ll work around it.”

A veteran no-tiller, Bushnell moved to strip-tilled continuous corn in 2007, primarily to improve soil health on several fields with low levels of organic matter. Some of his fields had organic matter content as low as 0.7% dating back to 1962, and it’s taken nearly 50 years to boost those levels to about 3.5%.

During a classroom session at the 2020 National Strip-Tillage Conference, Aug. 6-7 in Omaha, Neb., Bushnell will dissect the longstanding stigma of a corn-on-corn system and how his systematic management of residue and nitrogen application, combined with cover crops, have led to sustained success.

THE 2020 EVENT IS CO-SPONSORED BY THESE LEADING STRIP-TILL SUPPLIERS:

Questions about the National Strip-Tillage Conference?

To learn about sponsorship opportunities contact Michael Ellis
at (262) 777-2432 or mellis@lessitermedia.com

To learn about group attendance discounts contact Dallas Ziebell
at (262) 777-2412 or dziebell@lessitermedia.com