Increasing the ‘Yieldability’ of Strip-Tilled Soybeans 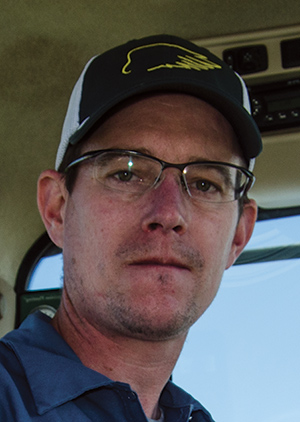 Having increased strip-tilled corn yields by as much as 50 bushels per acre in some areas through intensive fertilizer experimentation, Groholske has had success applying similar strategies to increase soybean yields.

“With strip-till, I have a raised berm, so the plants are a little higher than the rest of the ground, especially on top of that corn stubble, so we’re able to cut the plants a little bit lower,” Groholske says. “In the past, if we had a low node, they might end up on the ground or we’d cut them open with the combine. We’ve got better soybean ‘harvestability’ with strip-till.”

During a classroom session on Wednesday, Aug. 3, at the 2016 National Strip-Tillage Conference, Groholske will relate his strip-tilled soybean success to his overall farm management system to include banded nutrient applications and extensive fertilizer application analysis.

Stay tuned for more conference updates by visiting www.StripTillConference.com and we’ll see you in central Illinois!

Taking the Stress Out of Strip-Tilled Corn to Improve Yields