When is a Good Time to Scout and Control Glyphosate-Resistant Marestail?

Marestail, also known as horseweed or Canada fleabane, is a winter or summer annual weed in Nebraska. Historically, marestail was found in waste area, field edges, along roadsides and railway tracks; however, no-till crop production systems over the last 20 years favor marestail germination and establishment in agronomic crops in Nebraska.

A single marestail plant can produce up to 200,000 seeds, with about 80% of the seeds able to germinate immediately after falling from a mature plant. Marestail’s small seeds are wind-dispersed and can germinate from soil surface. Studies show that most marestail plants emerge during fall and survive the winter by forming basal rosettes (Figure 1). However, significant spring and early summer emergence was also observed in Nebraska. Therefore, scouting should be done in the fall as well as in early spring.

Small marestail plants have broad and round end leaves, and the plants are usually green or purple during the cool season. After the rosette stage, marestail bolts (stem elongation) in spring or in early summer. (For more information on identifying marestail see Identification of Winter Annual Weeds.) A relatively warm winter with fluctuating temperatures, similar to this year, may stimulate the marestail emergence in early spring.

Marestail is the first glyphosate-resistant weed reported in the U.S. Now, the presence of glyphosate-resistant marestail has been reported in 25 states, including Nebraska. Marestail resistant to glyphosate and ALS inhibitors (Classic, Permit, Pursuit and Raptor) is becoming more common in the south central and eastern part of Nebraska; therefore, proper management strategies should be implemented to control this problem weed.

As marestail does not mature until late summer, it competes with corn or soybean throughout the growing season, causing significant yield reduction (Figure 2). Several reports have noted that marestail is sensitive to most herbicides labeled for its control early in its growth stage, i.e., rosette stage. 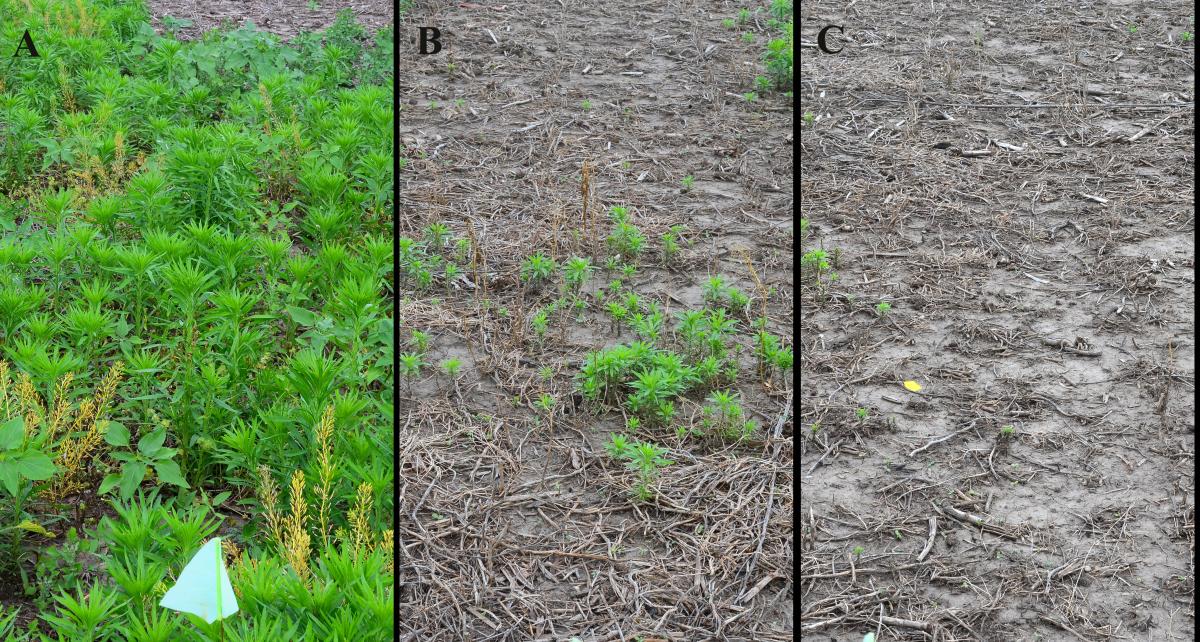 Often growers may rely primarily on post-emergence herbicides applied after the marestail is clearly visible, however, it’s recommended that burndown herbicides (with soil residual activities) be applied in fall/early spring to avoid potential crop-weed competition during summer. Limited post-emergence herbicides are available in corn and soybean for effective control of marestail, therefore, emphasis should be on fall or early spring control.

No new herbicides with a novel site-of-action have been introduced to the market in the last 30 years, and herbicide premixes of active ingredients from known sites-of-action are becoming common to manage herbicide-resistant weeds. For example, Acuron, a new corn herbicide, is a premix of four active ingredients (atrazine, bicyclopyrone, mesotrione, and S-metolachlor) from three sites-of-action. (Read about Acuron in CropWatch.) Acuron can be applied pre-plant, pre-emergence and post-emergence in field corn, as the premix is both the soil- and foliar-active.

A recent Nebraska study using Acuron to control glyphosate-resistant marestail at different growth stages showed that pre-emergence application of this herbicide in mid-spring (last week of April) showed greater marestail control (more than 90%) than when applied post-emergence (Figure 3). The pre-emergence treatment of Acuron (at labeled rate of 3 quarts per acre for 3% soil organic matter) was also effective (88% control) for controlling marestail up to 60 days after application. 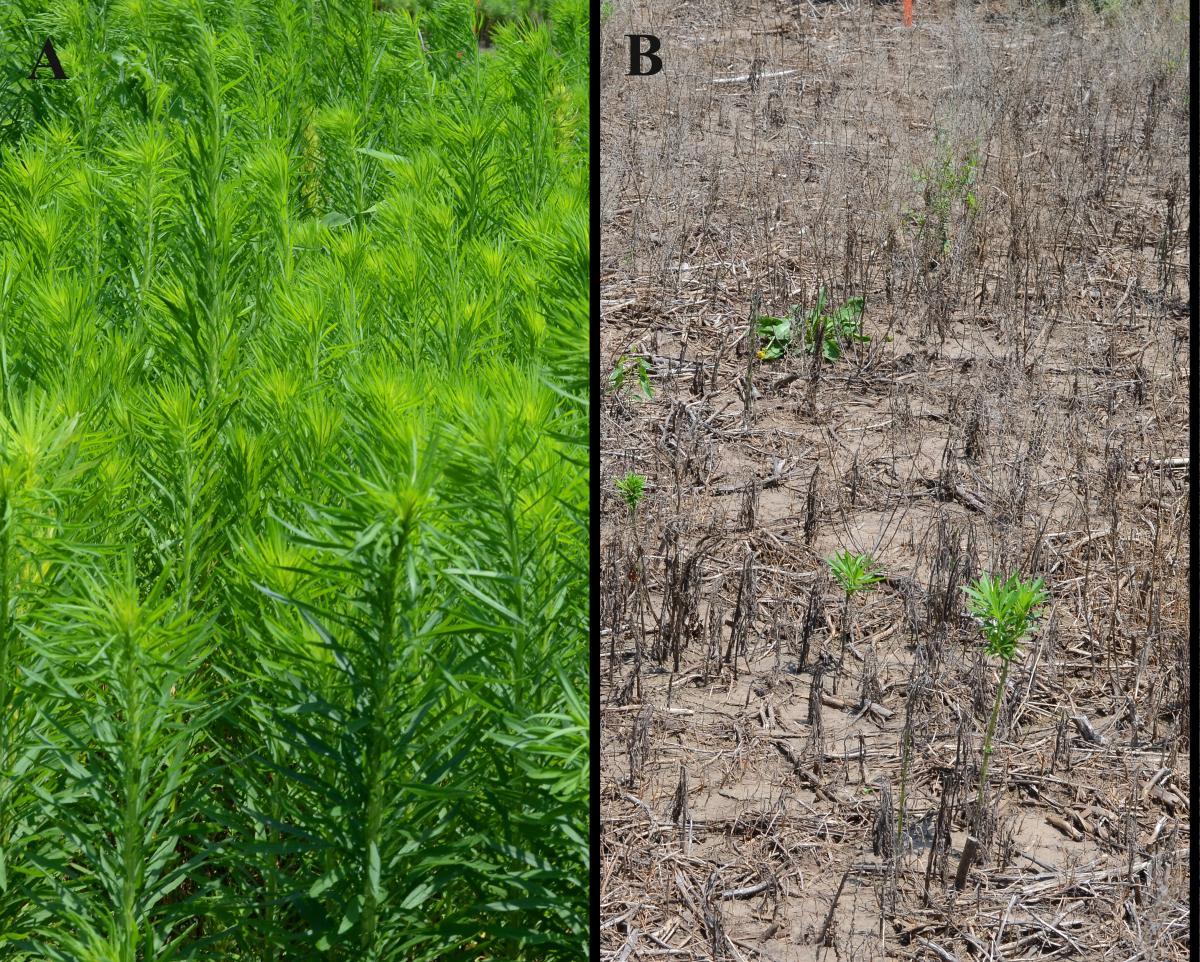 Figure 4. Glyphosate-resistant marestail control using Acuron as post-emergence, when applied to 4-inch tall marestail. (A) Nontreated, and (B) Acuron at 3 qt/acre (labeled rate).

In another study, Acuron was applied post-emergence (skipping any pre-emergence/burndown herbicide application) at two growth stages of marestail (4 and 6 inches tall). Acuron applied post-emergence at labeled rate to the smaller plants (4 inches tall) provided about 85% marestail control; however, when applied to taller plants (6 inches), control was inadequate (less than 70%) (Figure 4).

Therefore, selection of herbicides and application rate and timing are equally important for effective management of herbicide-resistant marestail. Avoid applying a herbicide at a sub-lethal rate (a rate not quite enough to cause death) at any growth stage to reduce the chance of resistance evolution. As with all herbicide applications, follow instructions on the herbicide label.

Now is the Best Time to Sample for SCN