For Virginia farmer David Hula, busting bins is about calculated risk-taking and a strategic move to strip-tilled corn in 2018, continues to expand his yield horizon.

At Renwood Farms, when we consider making changes, we look at whether or not the change will improve our bottom line by bumping up yields, improving efficiency, or otherwise saving money or time. When it was explained that strip-till could improve our fertilizer efficiency, that got my attention and we decided to give it a try.

And it’s already given us great results. In the 2019 National Corn Growers Association high yield corn contest, we harvested a record-breaking 616 bushels per acre by using strip-till to improve planting conditions, which is leading to better emergence, more harvested grain and potential fertilizer saving

We can’t afford to over-fertilize. Here in the Chesapeake Bay area, which I consider ground zero for water quality issues in the U.S., not only do we need to be mindful of nutrients because of the possibility of runoff into waterways, we also have to pay attention because our cost to produce a crop has significantly increased from what it used to be.

Breaking Through Yield Barriers with Strip-Till

Charles City, Va., farmer Dave Hula, details his motivation and results of transitioning a portion of his corn acres in 2018 to strip-till and some of the early returns, including even emergence, seedbed preparation and yield increases. Visit www.StripTillFarmer.com/podcasts.

Some years ago, at the urging of Randy Dowdy — another yield record-setting grower based in Georgia — we began putting our starter fertilizer on both sides of the corn row. After all, corn roots grow on both sides of the plant — or in a circle really — and we saw some benefit from putting starter on both sides. Later in the season we would sidedress the corn
as well.

Our Soil Warrior is designed to do shallow tillage in a band that is about 3 inches deep and 7-8 inches wide. It also has a mechanism to blow fertilizer into the band, and we were told this setup had the potential to ultimately allow us to cut back on fertilizer.

Our rig is 12 rows and it’s set up with trash sweeps in the front followed by 3 coulter blades, the fertilizer applicator and a rolling basket on the back. Sections are controlled and where we have traffic patterns we can put more pressure down where we have pinch rows. We can also adjust the pressure in the wings.

The first year, 2018, we used it on about 600 acres in spring and applied phosphate, potash, a little bit of N, zinc, sulfur, and some other micronutrients in the strip. We started planting corn in early April with a 16-row corn planter.

It was clear that the strip-till rig was offering some yield benefits but we weren’t sure why. In 2020, we decided to play around with fertility rates and methods on top of testing strip-till vs. no-till.

We did several fertility tests where we compared strip-till and no-till plots, with dry pre-plant fertilizer either banded or broadcast. We also included some trials using 40% less fertilizer than our normal rates. The one thing we kept consistent was the amount of starter we used at planting.

We started doing weekly tissue sampling at V2-V3 stage and at the beginning, all samples were showing the same nutrient levels whether they had been strip-tilled or no-tilled and whether or not we had applied pre-plant fertilizer. Since all the plots had received the same amount of starter, we weren’t surprised to see that those early tissue sample measurements were really close.

If you want to go to 250 or 300 bushels, you have to add more fertilizer to do that. But if we can use strip-till and reduce that rate, I’m all for it.

I’ve found over the years that one of the most important factors influencing yield is having all the corn come up uniformly and getting a good picket fence stand. The late Steven Albrecht from Hart, Texas, a perennial high-yield winner, and one of the first growers to get into that 400-bushel range, told me years ago that he got his best yields when the corn all came out of the ground within a 12-24 hour time period.

He didn’t mean 12-24 hours from when he planted, but 12-24 hours from the time he saw the first spikes coming out of the ground to when the rest of them were all up. So I started paying attention to that as well, because when you can get all the corn to come up at the same time, you really have the opportunity to influence yield. 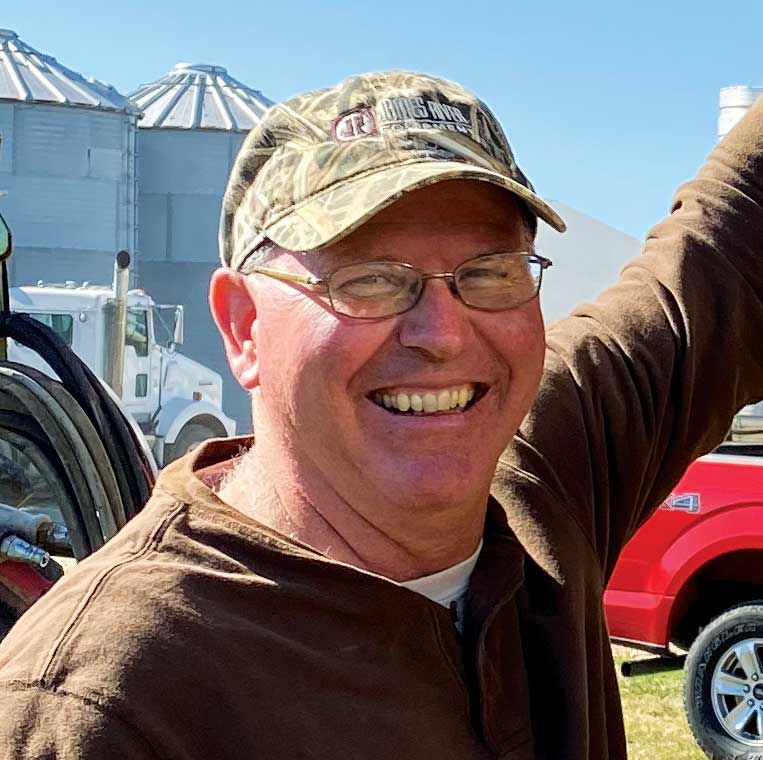 “A lot of time we’ll see a second ear that has a few kernels on it. But when we have plants that generally have 800 grains on the primary ears and 300-600 kernels on a secondary ear, that’s a lot of free bushels…” – David Hula

We’ve cycled through various equipment choices, trying to consistently get good singulation and even emergence. We started with John Deere planters, then played with the Deere ExactEmerge planter and then transitioned to a system that included coulters, hydraulic down pressure from Precision Planting and Dawn Curvetine closing wheels.

But strip-till has taken us to the next level, improved spacing and emergence to give us an even better stand. In 2019, when walking the fields, we saw that most corn plants developed suckers and a good portion of the suckers ended up developing ears that actually produced grain.

A lot of time you’ll see a second ear that has a few kernels on it. But when you have plants that generally have 800 grains on the primary ears and 300-600 kernels on a secondary ear, that’s a lot of free bushels.

I give credit to strip-till because we have more of our fertilizer in the band where the plant can get to it easily, which is bumping up our efficiency. Besides dialing in equipment choices, we’re pretty diligent about waiting until growing conditions are right to start planting because that has a big impact on emergence.

When we did this in our test plots, we noticed that wherever we ran the strip-till rig, we had more even emergence than where we did no-till, even when we were waiting for conditions to be right.

Strip-till is also helping us manage moisture. In the strips where the tillage pass is, the soil warms up and dries out faster in the spring, giving us those optimal planting conditions sooner.

The undisturbed areas, on the other hand, have lots of residue and help capture moisture and defend against erosion. We’ve noticed that we’ve really eliminated soil movement, except on our steepest slopes.

Here in Virginia, we generally have a longer growing season than in the Midwest, it’s warmer and we usually have adequate moisture. That means our soil biology is pretty active and our residue doesn’t hang around for long.

In fact, over all these years, we’ve barely been able to increase our soil organic matter — it’s gone up maybe 0.3% because our soil biology eats up the residue too quickly.

In cooler climates with a shorter season, strip-till can give you some of the benefits that are naturally found in a warmer climate — you can work in some nutrients and residue to warm up the soil to get the seed to come up faster, alternating with strips containing residue to capture moisture.

We’ve always tweaked our management for fertilizer, emergence and hybrids, and now with strip-till we’re tweaking tillage and bumping up yields as a result.