Strip-tilling increased soil temperatures and soybean yields vs. no-till in a 2011 Michigan study.

Based on the results from this trial, strip-till looks promising for soybean production in 30-inch rows, researchers said. But they added that strip-till should be restricted to fields having slopes less than 5% to reduce the potential for water erosion occurring in the rows.

However, in another 2011 study comparing tillage systems, there was no significant difference in yields in soybeans. The treatments at the Center for Excellence in Lenawee County, Mich., compared strip-till, no-till, vertical tillage, in-line ripping and disc-ripping. 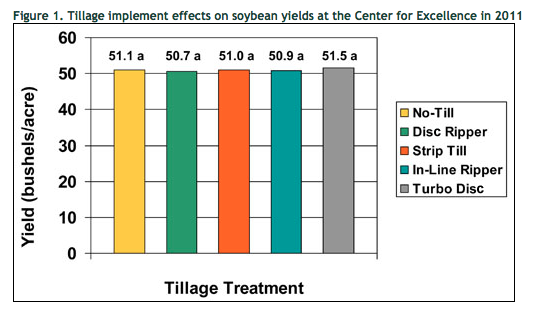 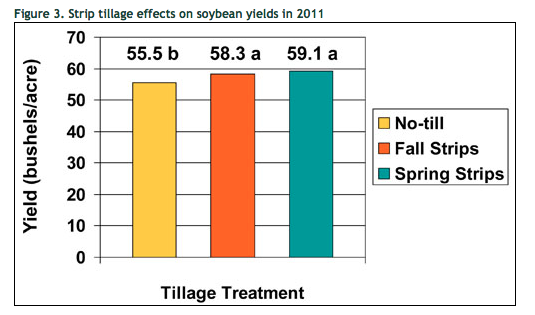