RETAINING WATER AT LAST. Wolf says that with a no-till system he often saw his rain and irrigated water run straight off into the neighbor’s field. This was expedited by the consistent 2-5% slope he sees across his farm. However, when he started strip-tilling his irrigated ground in 2007, he saw this issue disappear almost instantly.

Gary Wolf likes to look for cues in the environment to help guide his farming practices. He knew it was time to start thinking seriously about water conservation practices when armadillos started showing up for the first time ever on his 500-acre farm near Verona, Mo.

“I was born and raised in this area, and I’d never seen armadillos out here,” says Wolf. “To me it meant that we were going to start seeing more and more of Oklahoma’s drier weather. I knew right then that we had to start coming up with a better system.”

Wolf had been no-tilling for a number of years and though he believed in the practice, he was seeing low water retention, compaction and significant runoff.

“Our soils are unforgiving,” says Wolf. “We have a lot of rocks and gravel and there are probably 6 to 7 different soil types in each field, but most of it is red clay. When the soil is wet — it’s soaked. When the soil is dry — it’s rock hard. We do some irrigation, but with the 2-5% slope we have, a lot of the water just rolls off into the neighbor’s field — especially when it rains.”

With an available water capacity of 4.5 inches, Wolf realized that his soil wasn’t holding onto the water he was getting. Coupled with the realization that’s his region would likely start to see less and less rain, he started searching for an alternative.

“In 2000, I decided to actually hook up the plow again. I worked it down and just planted half rate milo thinking I’d just take whatever I could get and be happy with it,” he says. “We only got three-tenths of an inch of rain that year, but it was still the best milo I’d ever had. None of the rain ran off, and that’s what really got me thinking that maybe getting some tillage back would help.”

In 2007, he bought a 6-row Yetter Maverick strip-till rig with high-residue units. He also changed his rotation to corn, cover crop, corn, wheat and then double-cropped soybeans. He saw both immediate and lasting benefits from the switch. 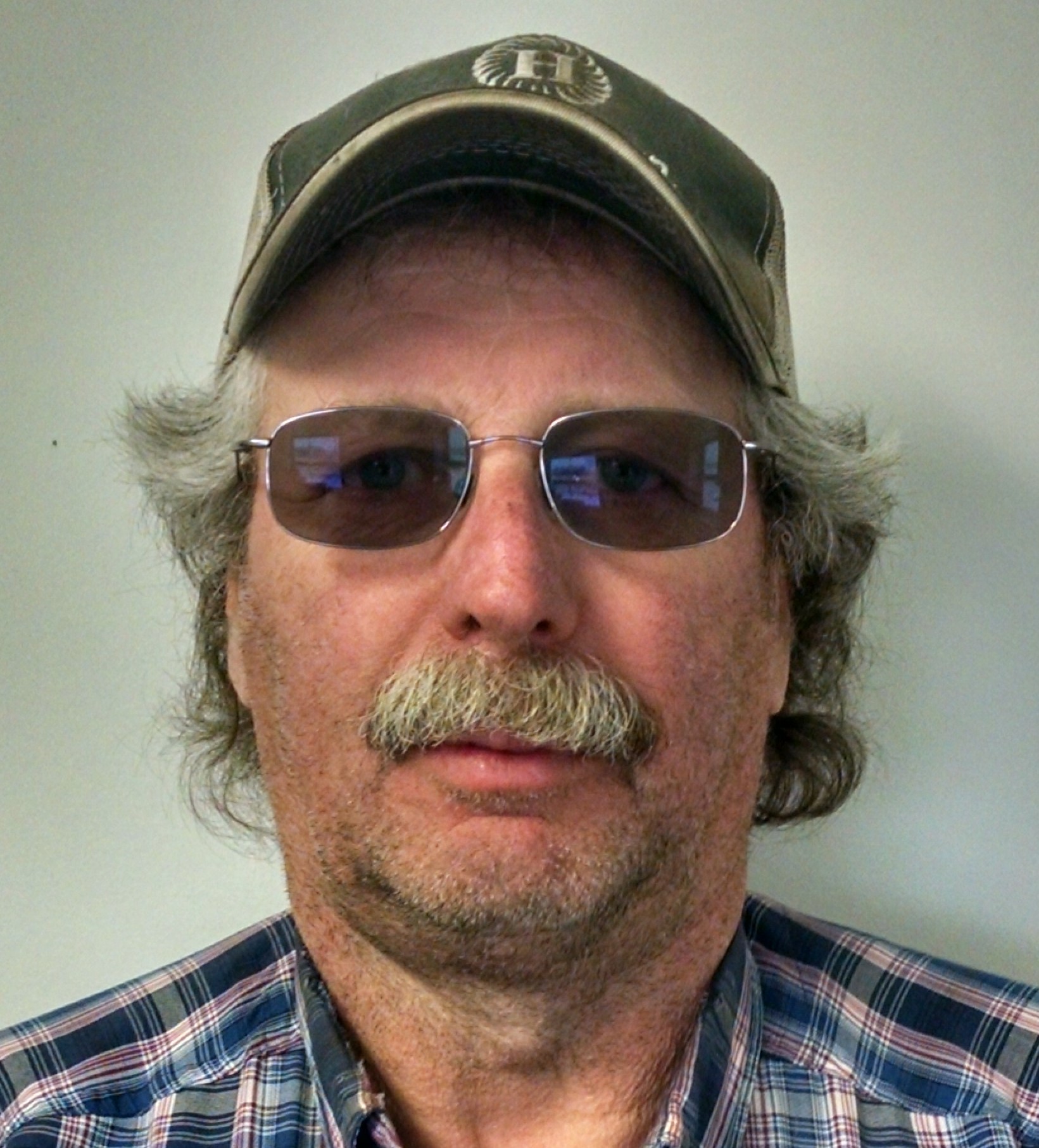 “Just by using the strip-till rig we saw a 10 bushel-per-acre yield bump. We run our shank about 6 to 8 inches deep, and at planting our seed boxes hardly move at all like they used to because of our rocky and gravelly ground...”

“We started strip-tilling our corn and soybeans on irrigated ground first, and right away we saw almost zero runoff,” says Wolf. “Just by using the strip-till rig we saw a 10 bushel-per-acre yield bump. We run our shank about 6 to 8 inches deep, and at planting our seed boxes hardly move at all like they used to because of our rocky and gravelly ground — that did a lot to help improve stand.”

In 2011, he upgraded to liquid fertilizer tanks and mole knives on his strip-till rig. He felt that his ordinary knife was cutting rather than lifting the soil and breaking compaction as much as he’d wanted.

The mole knives helped build a smoother strip, but they did pull up more rocks — a sacrifice Wolf sees as worth the trouble. He now bands about 70 units per acre of 32% UAN (urea and ammonium nitrate) and 50 units per acre of liquid potash through the strip-till rig.

“The potash and nitrogen (N) placements right under the plant made the difference of another 10 to 15 bushels per acre,” says Wolf. “We’ll come back when the corn is waist high and dribble some more 28% between the rows as needed with 2 gallons per acre of humatic acid.

“We’ve been using the acid for about 5 years now and we’re starting to see a difference in our soils. It’s gone a long way toward tying the nitrates up in the soil and making them readily available. It also helps break down the rock phosphate in our high phosphorus fields.” 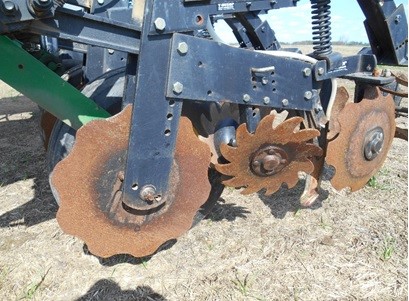 LIFT AND BREAK. Missouri strip-tiller Gary Wolf’s 6-row Yetter Maverick strip-till rig originally came with shanks, but after feeling that they were cutting instead of lifting the soil and breaking compaction as much as he’d wanted, he switched to mole knives. Since then he’s been able to build a much smoother strip, but the knives do pull up more rocks.

Although he credit his recent success to farming in rugged conditions to strip-till, Wolf has found that cover crops make an excellent complement to the practice.

“I definitely recommend running cover crops and strip-till together especially if you’re doing corn-on-corn,” says Wolf. “They help to carry over those nutrients and moisture that can be depleted by continuous corn. We had corn last year that just about turned black it was so darn green.”

Wolf is also trying to boost his organic matter, a process he says is slow going in his soil types. Cover crops and humatic acid are helping though, and he’s now inching up to 2%, with a goal of 4% organic matter.

The cover crop blend he uses, which runs $32 per acre, is a mix of crimson clover, Austrian winter pea, tillage radish, turnips and hairy vetch. After harvesting corn in late September and early October he drills the cover crop into standing stalks. Because of the timeframe allowed by his climate, this system has proven to be ideal.

“We have more time than farmers further north, so we really haven’t even had to consider aerial seeding,” says Wolf. “We have 25-40 days before the first frost after harvest. If we can get the cover crop up and going before the frost and we don’t have any more than 3 days of 15-degree weather, we’ve actually seen them stay up all winter and live.”

There was only one incident that Wolf got nervous about the conditions his cover crops created. In 2010 he was working his way across the field at night when he noticed hundreds of tiny little twinkling slivers on the ground.

Upon closer inspection, he realized that they were snails — about 12 to 15 of them per square foot. He immediately sought counsel from a cover crop expert in Ohio who said that snails often lay dormant under the soil for years before the right conditions call them up, but as long as he fertilized with something salty there wouldn’t be an issue.

“I was born and raised here and I never saw anything like it,” says Wolf. “My son followed me up with the sprayer and applied some liquid nitrate. We thought that took care of it because it killed all of the snails that were on top of the soil. We strip-tilled and then planted corn, but when the corn was about 2 inches high I saw that the snails had come back.”

Working Through Challenges with Cover Crops in Sticky Soils