The number of acres planted to cover crops annually has been steadily increasing in recent years throughout the U.S. Meanwhile, soybean cyst nematode continues to top the U.S. list of yield-suppressing pathogens. It’s no coincidence, then, that interest is increasing regarding the potential for these two factors to interact in the field, particularly with the possibility that cover crops could decrease SCN populations.

When considering the potential effects of cover crops on SCN, there are several possibilities.

Cover crops could decrease SCN population densities, however, in these ways: 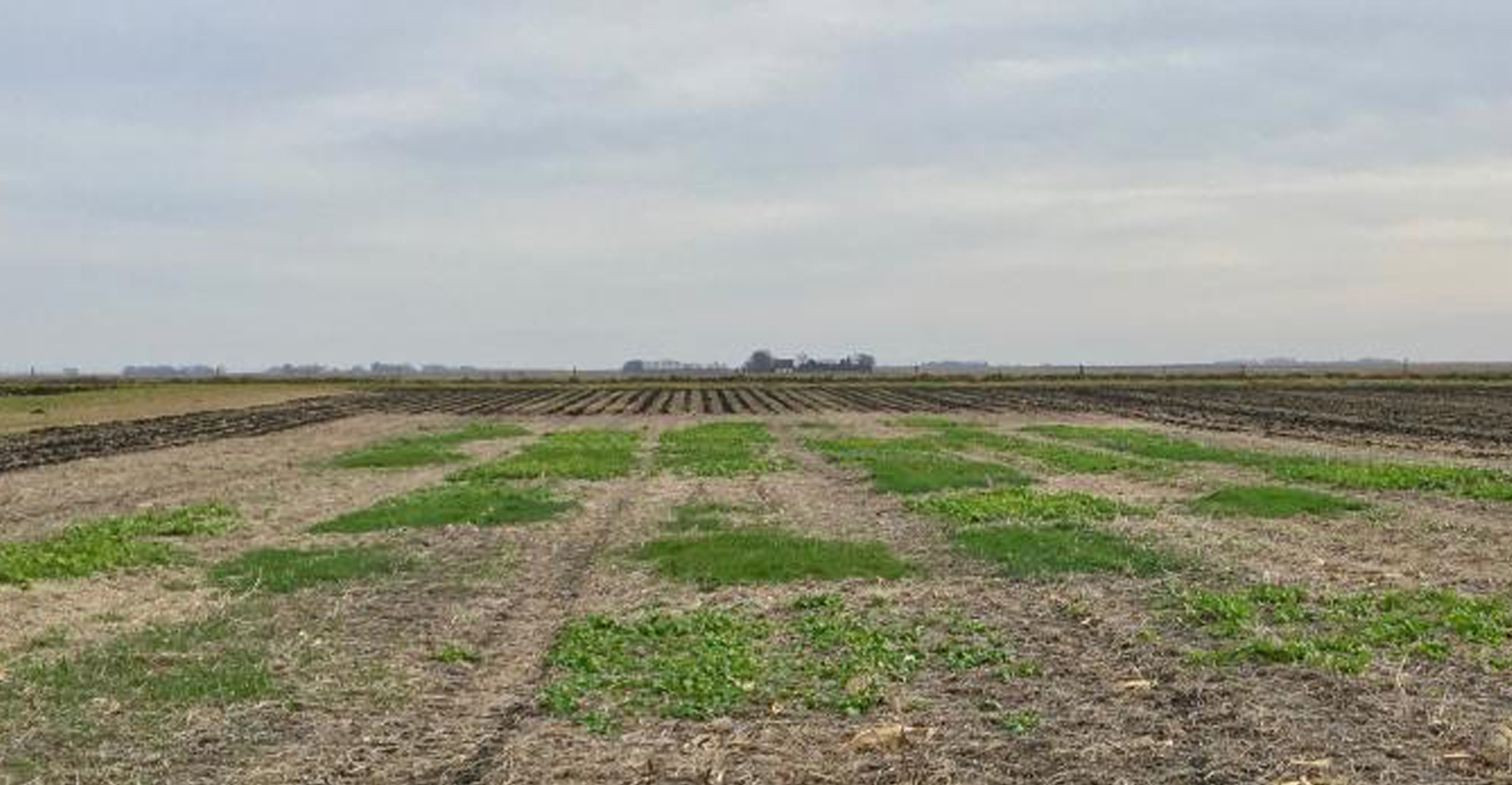 Some companies describe cover crops as providing benefits such as “reducing SCN population densities” or more generally as “decreasing nematode populations” but there are no data to substantiate the claims. There are a few scientific reports that suggest some cover crop species can reduce SCN population densities. These reports lack necessary details of the studies, were not reproduced over a sufficient range of locations and growing seasons, or contain results that are inconsistent among locations and years.

ISU working with Iowa Soybean Assn.
The situation I’ve described here leads to the premise of the cover crop and SCN experiments I am working on in Greg Tylka's lab at Iowa State University. This research is funded in part by NCR-SARE's Graduate Student Grant Program. While we have an inkling of an idea about how cover crops could affect SCN population densities, my work is taking a deep dive into this interaction to provide a well-thought-out and comprehensive look at this interaction.

The experiments I am conducting range from large-scale, on-farm strip trials coordinated though a collaborative effort with the Iowa Soybean Assn., to laboratory assessments of how root exudates from specific cover crops may affect the hatch of SCN juveniles.

Harbach is a graduate student at Iowa State University.