Can you name 10 species of cover crops? No, this isn’t a riddle — it’s actually easier than you think. An easy place to start: cereal rye.

Cereal rye seems to be the most popular cover crop species out there. Based on the results of the first annual Cover Crop Benchmark Study, an overwhelming 64% of growers planted cereal rye during the 2019 growing season as a cover crop.

Cereal rye was the top contender of cover crop species, which isn’t a surprise considering it can be planted late, has excellent cold hardiness, build lots of biomass and isn’t too difficult to terminate.

Another survey question found that 55% of growers only planted one cover crop species. When growers were only planting one type of cover crop, 58% of them planted cereal rye.

“In 2007 we decided to plant cereal rye for forage for our dairy cows,” says Derek Van De Hey, a fourth-generation farmer from Wisconsin. “We just wanted to do 100 acres and chop it in the spring so we’d have cheap feed. And then we realized how easy it was to get in the field in the spring, and we hauled manure on it for the first time ever in the spring. We figured if we could do this on a lot more ground, running the farm could be a lot easier. We just had to do it once to see that it was a no-brainer to do it on all our acres.”

Radish also broke the 50% mark, ranking second among cover crop species at 53%, while oats were planted by 44% of growers. Crimson clover earned a respectable 32%, while 28% of growers planted turnips. 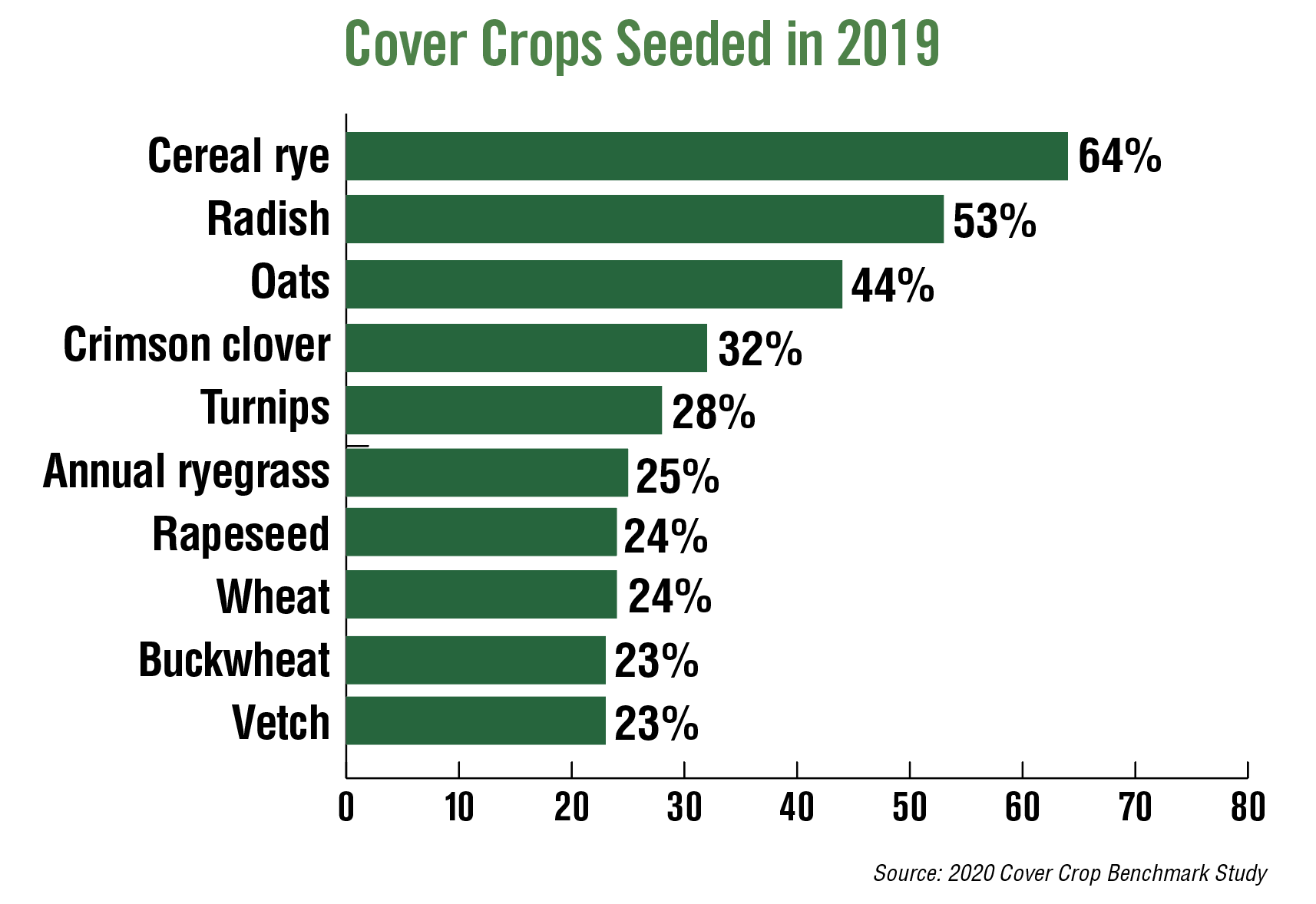 Some 70% of growers indicated that they planted a cover crop mix. Are growers only planting one cover crop in certain fields and cover crop mixes in others? The data would certainly make it seem so.

“Our main reason for not using more cereal rye is that we don’t want to get our seed wheat and seed barley contaminated, although I think rye is a better cover than wheat and barley,” says Brian Moore, Mount Ulla, N.C.