Strip-Tillers Out Yield US, No-Till Averages in 2021

Although the 2021 planting season started well, wet areas in the south, hail and frost in the Midwest, and high heat and drought in the west and Great Plains proved challenging for farmers last year.

Despite the regional weather events, the average strip-tiller’s yields outperformed the U.S. average and their no-till counterparts, according to data from the 2022 Strip-Till Benchmark Survey.

Most of this year’s respondents farm in the U.S. About 63% farm in the Corn Belt, followed by about 21% in the Plains/West.

While the 2021 benchmark survey suggested younger farmers are taking up strip-till, this year’s respondents tended to be older than last year. About 72% of respondents were 45 and older, compared to 64% in 2021.

The average corn yield reported by benchmark survey respondents was 202 bushels per acre on strip-till acres, compared to 195 in 2020. The average soybean yield per acre was 61 bushels, down from 66 bushes in 2020.

Strip-tilled corn and soybeans also yielded higher than their no-tilled counterparts in 2021. The 2021 No-Till Operational Benchmark Study reported average yields of 185 bushels for corn and 56 bushels for soybeans.

Strip-till toolbars with 12 rows were most popular among this group of survey respondents, with about 43% running a 12-row bar. About 30% run 16-row bars, and another 15% run 8-row toolbars. The most popular brand of toolbar was Kuhn Krause, followed by Case IH/DMI and Orthman. Half of respondents use shanks on their strip-till bar, making shanks the most popular row unit setup. 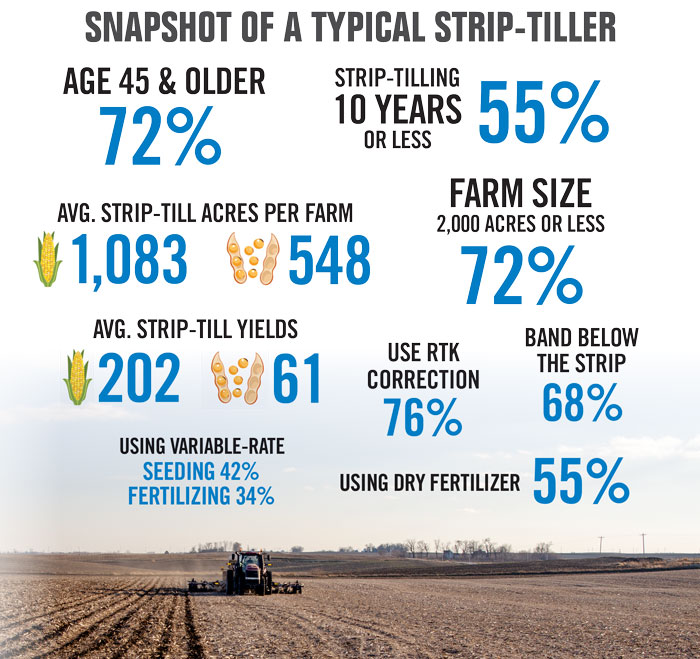 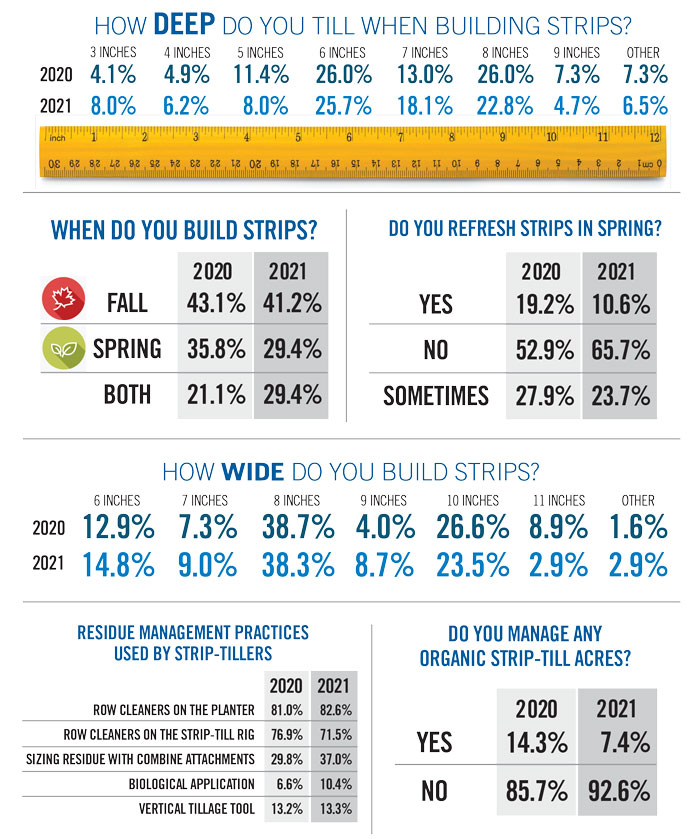 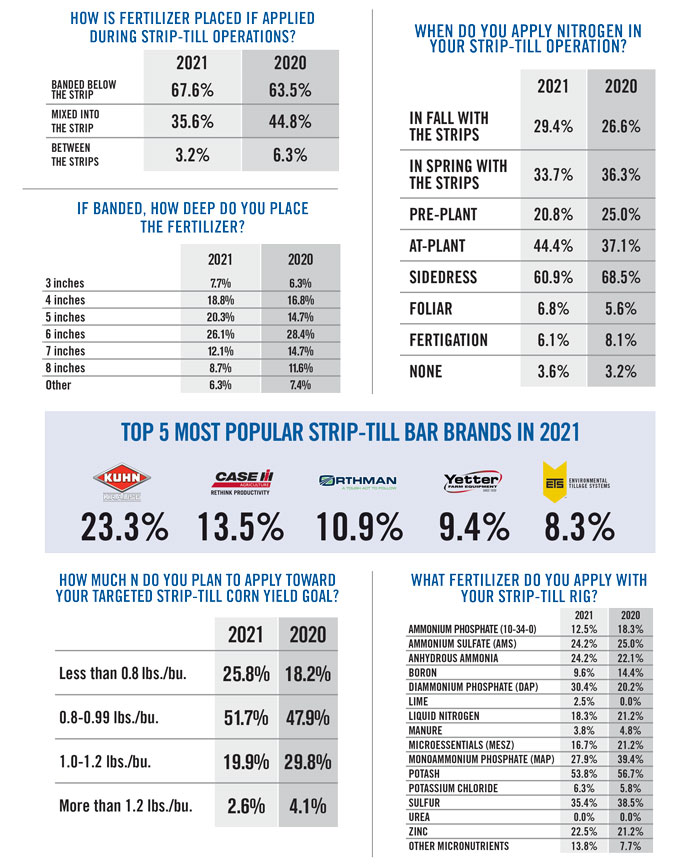 There’s No Excuse for Not Strip-Tilling

STF Discussion: Do You Strip-Till in the Fall, Spring or Both?