February 13, 2017 | Posted in Strip-Till Farming 101, Soil Health
Pictured Above: ZONING IN. According to Purdue University Agronomy Professor Tony Vyn, strip-till as a system is only going to become more dominant with time, in part because of the technical developments and the flexibility of new tools, but mostly because of the need to deal with soil erosion.

With the continued debate of tillage versus soil conservation, farmers have traditionally been forced to decide between yield and land management practices. What if it’s possible for farmers to have both?

Strip-till corn yields typically equal those with the fall disk-chisel system, but they surpassed the chisel system by 18.5 bushels per acre when corn followed corn. Additionally, the study highlighted the benefits of rotating corn with soybeans as corn yields averaged 17 percent lower when corn was grown continuously.

Though it may be a significant mindset change, leaving tillage practices and no-rotation routines behind may just lead to yield-worthy advantages for farmers throughout the Midwest.

“Farmers have a love affair with black soil,” says Tony Vyn, Agronomy Department, Purdue University. “This love affair keeps farmers from investigating conservation tillage methods that may be more beneficial to the soil and crops, and offer a cost savings. There is a perception, and it’s often wrong, that the best way to deal with damaged soil, compaction or rain is deep loosening of the soil and leaving it black. 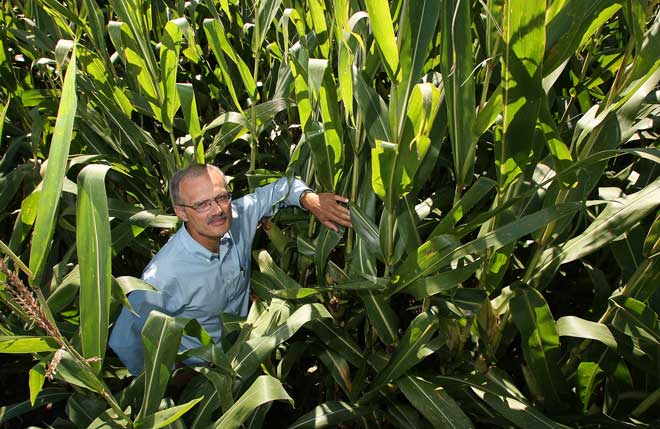 “These results make it abundantly clear that even 40 years of continuous no-till do not magically result in more available mineral N in soil for corn to use. It is doubtful that farmers can be successful in no-till corn production systems by using lower N rates than they do in conventional tillage systems, and certainly not when corn follows corn or a grass or cereal cover crop.”

Vyn and his colleagues at Purdue have observed the adaptation and advancements made in strip-tillage technologies during the past 25 years, and they have also witnessed a transformation of the technology as well as acceptance from growers.

“Far and away, the biggest single improvement has been RTK guidance, which allows precise planting in the center of the loosened zone,” Vyn says. “In early versions of strip-tillage, farmers relied on eyesight to follow the berm. Once RTK came, farmers could precisely plant in the center and could have machines that were narrower, frequently because of costs, than the planter.”

According to Vyn, one of the main reasons farmers adopt strip-tillage is not just for increased warming and drying for earlier planting opportunities or longer planting window, but for nutrient placement.

“We find that in about 60% of the cases, nutrient placement is tied to strip-tillage, because doing it at the same time as tillage, they derived an increased benefit from a nutrient band positioned relatively close to the intended growth,” he says. 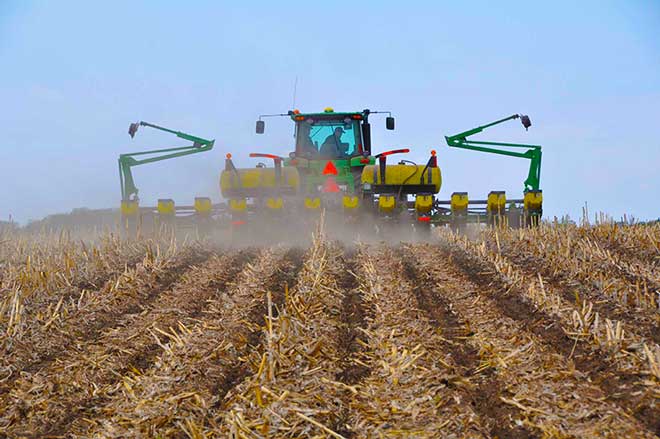 Tillage practices and cropping programs are as unique and individualized as the farmers running the ground. Like most farm practices, tillage programs are not a one-size-fits-all approach for all soil in every condition.

Vyn’s 25 years of research began in Ontario and continued at Purdue. Over the years, he has seen many advancements and adaptations to strip-till systems and knows firsthand the pros and cons of the systems. Today, he believes the need to address soil health and environmental concerns rise to the top.

“I regard strip-tillage as a system that is only going to become more dominant with time, in part because of the technical developments and the flexibility of new tools, but mostly because of the need to deal with soil erosion. Strip-till gives you the environmental advantage you will never get with full-width tillage,” Vyn says.

Read more in the series >>