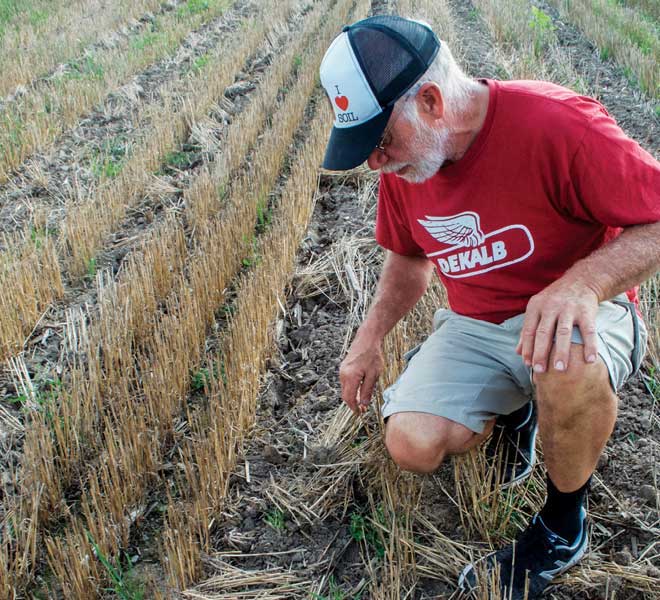 From interseeding cover crops to strip-till to adopting precision technology,the Grubbs family is improving their soils and increasing crop yields.

Gerard Grubb admits that one of the reasons he became interested in no-till was because he simply didn’t want to plow.

His father had been the one who plowed their Mildmay, Ontario, farm from when it was purchased in 1978 until 1982. After that, Gerard and his brother farmed together and Gerard decided to try discing instead, which he continued doing into the late 1990s.

Around that same time, he kept hearing about soil tilth.

“If you had a dry year, it was all due to soil tilth then,” he says. “I could see in the discing, the material leaving ground. So I’m going, ‘How do we keep that here? Working with the soil tilth then, how do we build that up?’”

He learned that building soil tilth was all about soil carbon, so his main goal since the late ’90s and early 2000s has been increasing that. He started with no-till in 2000, after he and his brother split up and he was down in equipment.

Today, Gerard and his son, Ben, only cultivate a field when it’s a new farm they’ve picked up that needs to be leveled out before going into no-till. They’re seeding cover crops, banding fertilizer and using precision technology to continue progressing forward. 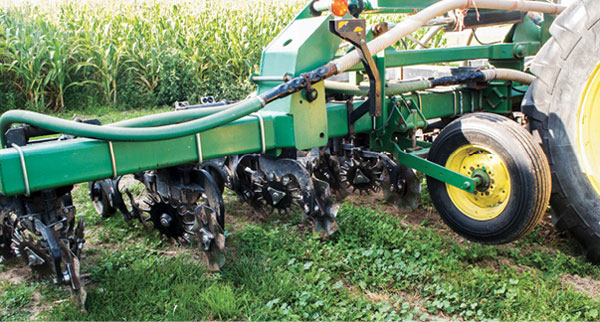 SHALLOW STRIPS. The Grubbs built this 12-row strip-till bar with Dawn Pluribus units to place phosphorus in the ground ahead of corn. They like the Dawn units because they only…