For one Colorado dairy farmer, time and efficiency were the ultimate deciding factors when adding an Environmental Tillage Systems SoilWarrior strip-till machine to his operation.

Stratton Kraft, who farms about 80 miles northeast of Denver in Fort Morgan, Colo., made spring strip-till passes with his SoilWarrior this year. 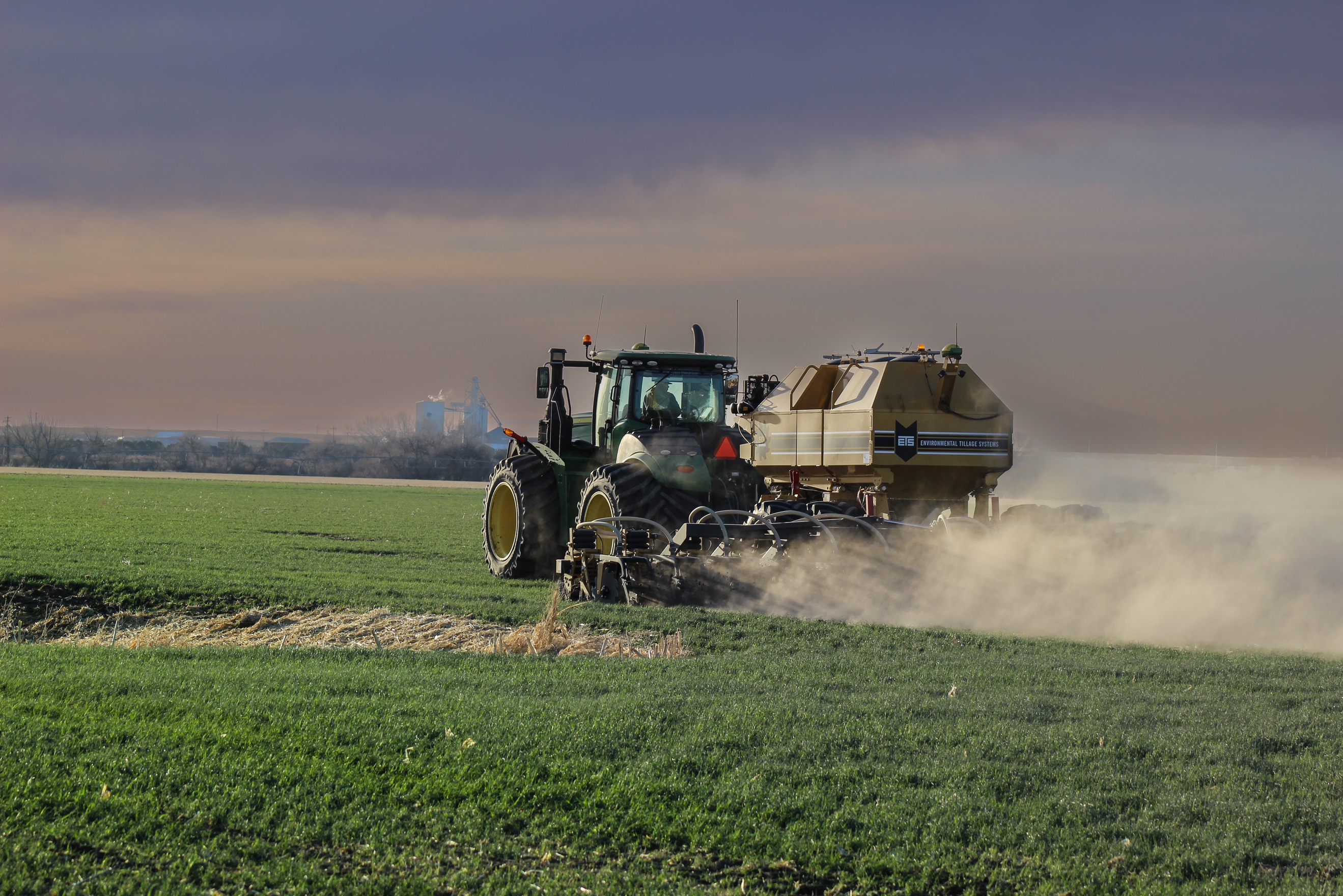 Kraft, along with his mom and dad, own Kraft Family Dairies, where they milk 6,000-6,500 head of cows 3 times a day. They raise replacement heifers and do the calf rearing independently. In addition, they farm about 1,200 acres.

"About 1,000 of that is in corn right now, and the rest of it is in alfalfa,” Kraft says. “That is one of our cropping rotations. About every 5-6 years, we roll a field out of alfalfa and put it into corn, and take another farm and put it into alfalfa.”

Nutrient Management By the Numbers

The primary source of fertilizer used in their operation is liquid dairy manure. A dragline injection system applies it in the fall. Once it’s applied, the fields are ripped and disked, and a cover crop blend of hairy vetch, purple top turnips and rye is planted to sustain microbiology within the soil and help prevent wind erosion. 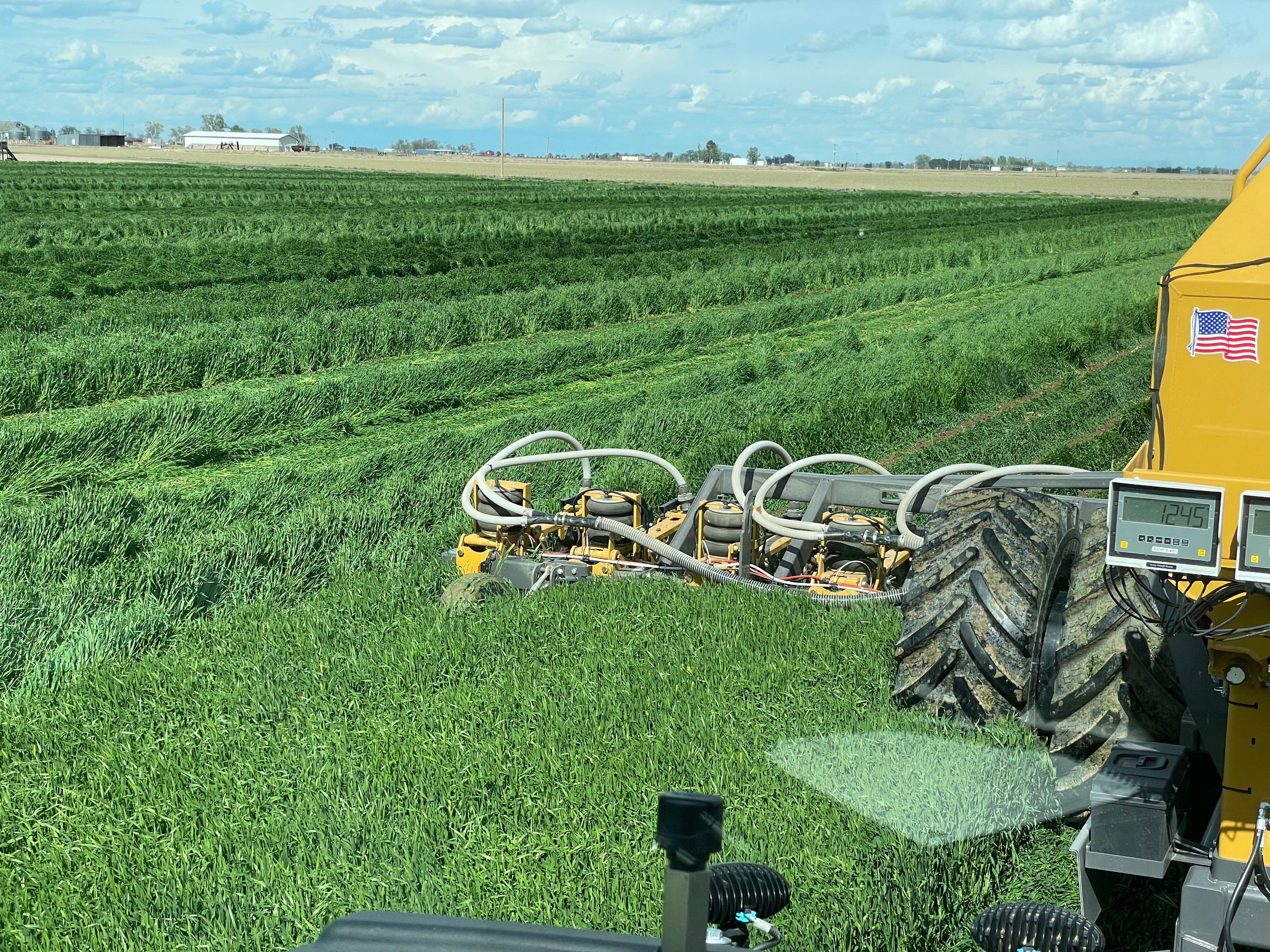 Kraft used to plant into cover crops, but he had issues with seed-to-soil contact and emergence. At the time, he planted straight into the cover crop rows and noticed yield production took a hit. This led Kraft to explore options for a different practice of tillage and cover crop application.

"Our intention is that we strip in the spring and get a full growing cover crop all winter,” Kraft says. “In the springtime, we can still maintain some of the cover crop strips in between our strip-till runs. That way we have some wind coverage, and we are also keeping a lot of our microbiology, fungus and bacteria growing constantly so we are not wiping them out in the springtime and starting from zero again.

Now, he strip-tills into the cover crops in the spring and applies elemental sulfur and a dry humic to maximize the efficiency of his fall-applied dairy manure. Kraft created the correct sulfur prescriptions within his system and a 10-pound flat rate of rhizomatic and humic through the micro bin on his SoilWarrior. 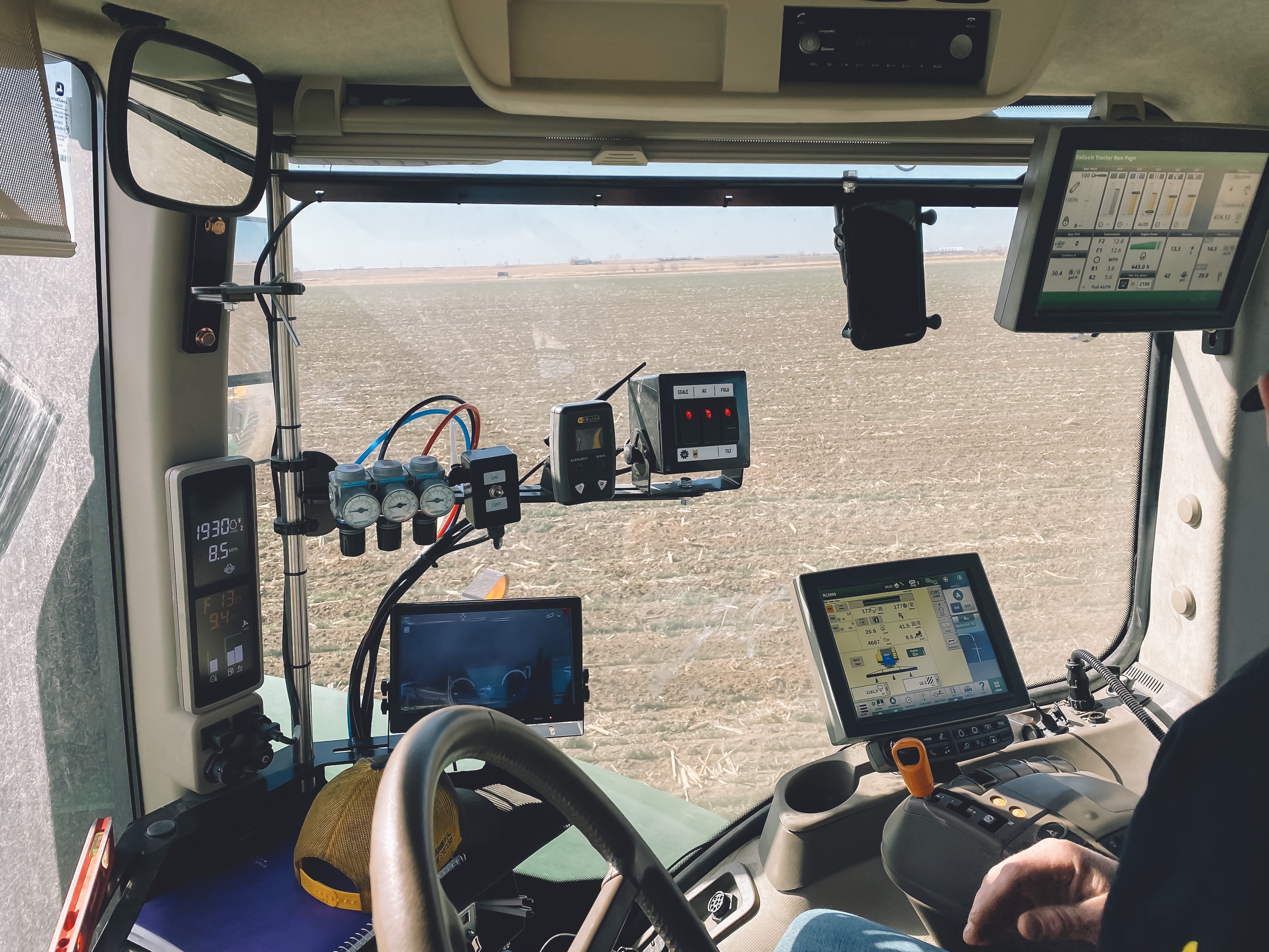 "We are controlling all our scales so we can cross-compare how our product is coming out," Kraft says. "One of the beautiful things about the SoilWarrior is that it's exceptionally accurate as long as you did your pre-work to correct calibrating it."

Through the technology on their machine, Kraft can run with the VISUM blockage monitor.

"We can either run with fertilizer, or if we are planting seed, we will run that, too,” Kraft says. “It'll tell you if [you have] a row that's plugged up or not quite running the way it should." 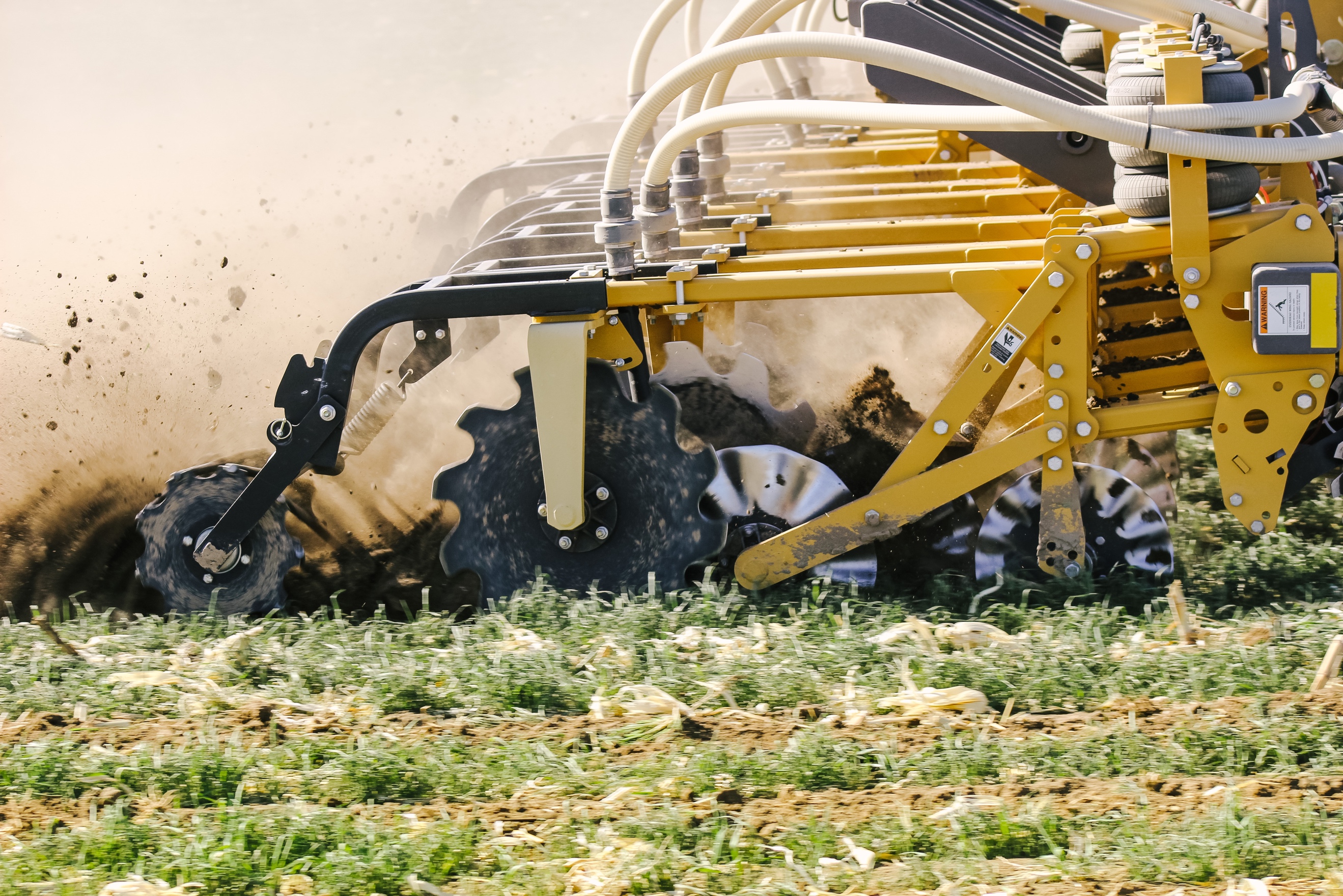 When considering the SoilWarrior, Kraft prioritized having one machine with all the features he needed, including his desired fertilizer capacity. Kraft chose a 3-bin dry fertilizer system for his SoilWarrior.

"We've got the 2 big bins and the micro bin. [It] is what we are running our humic out of," Kraft says. "You're not having to buy the strip-till bar and cart behind you to move your dry fertilizer with you. [ETS] has done a fantastic job of putting together a machine that is a one-piece set up."

Kraft purchased a SoilWarrior 4540SXD3, and this is his second season running the machine. Since beginning his journey into strip-tillage with the SoilWarrior, he has noticed improved fertilizer efficiency, a better seedbed, better planter ride, better emergence, enhanced microbiologic activity and higher yields. 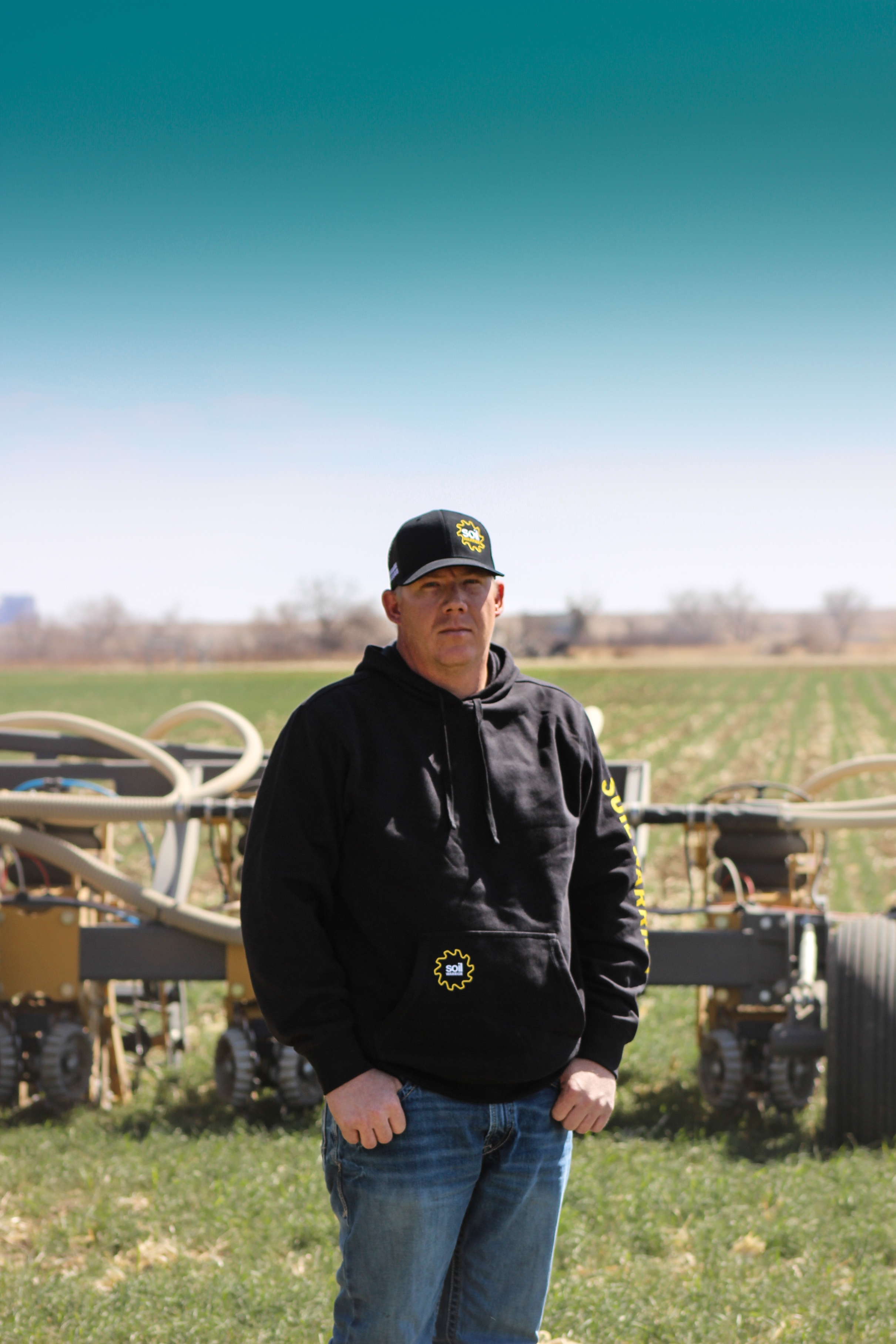 "We really like the SoilWarrior for its ease of maneuverability,” Kraft says. “Being able to have the guidance on the cart to where we can make it so that the three-point planter that we are running follows in the same row. We are running 16 rows on our planter and SoilWarrior.”

He also likes the fertilizer application versatility and accuracy that comes with his strip-till system.

DEFENDING THE LAND
You don’t have to choose between soil health and farm profitability. Minimize erosion while creating precise, nutrient-rich zones. Reduced passes across the field result in equipment, fuel and labor savings with the SoilWarrior®, the only complete Zone Tillage™ and precision nutrient placement system custom built for your farm.

Incorporating the SoilWarrior into their operation decreased the operation’s labor needs and allowed more time to focus on the dairy — their priority. The size, capacity, versatility and efficiency of the strip-till machine have helped with those reduced hours. Dairy is their priority.

"This is a simply complicated machine," Kraft says. "Complicated in the amount of thought process that went into it to make it 100% right. Complicated in the fact that you can do so many things with it, and if you want to add on or take away, you can do that on the fly for the most part. It is a very well thought-out machine. Simple in the fact you load your prescriptions and calibrate your machine, set it and go. Not much to worry about as long as you're paying attention to the way you are operating it."

The SoilWarrior was an investment for their operation, but the strip-till rig has already given them a return on investment. Kraft’s land has enhanced microbiologic activity because the microbes didn't have to reset and rebuild each season. In turn, this resulted in a shorter activity lag, contributing to higher yields. He uses a micro-bio meter and sends samples to ROI Biologicals to understand bacteria, fungi and mycorrhizae in the soil. 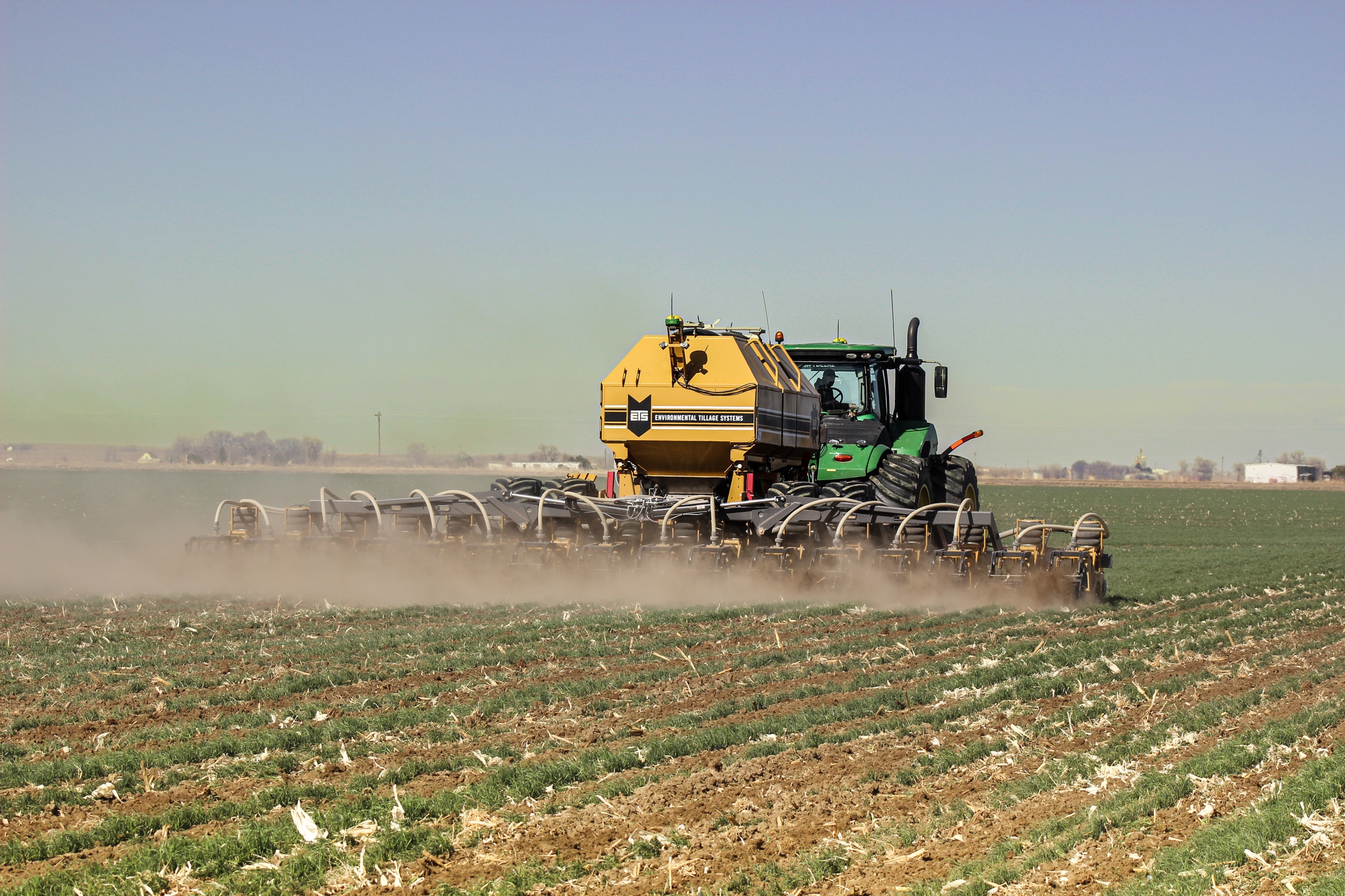 "I think SoilWarrior has done a fantastic job of figuring out the ins and outs of what does a better job,” Kraft says. “Yeah, it is heavy, and it's [an] expensive machine, but in the long run, it holds up better than some of the other models we've seen. It gives you a lot more peace of mind.

“You can set it, know it's running right, and just go and knock stuff out. You have the versatility to be able to run at a high speed and be able to see the difference that the speeds make in your strips and being able to cover a lot of ground fast is a big deal. For us, it is efficiency. If we can knock out 40 acres an hour across 1,000 acres, that puts time back into our schedules. Time is money."

Interested in seeing the Kraft operation and SoilWarrior benefits firsthand? Plan to attend this zone schoolat the farm Oct. 5, 2022.

Saving With the SoilWarrior: Improve Fertilizer Efficiency & Your Bottom Line

Gaining Acres with Strip-Till and the SoilWarrior