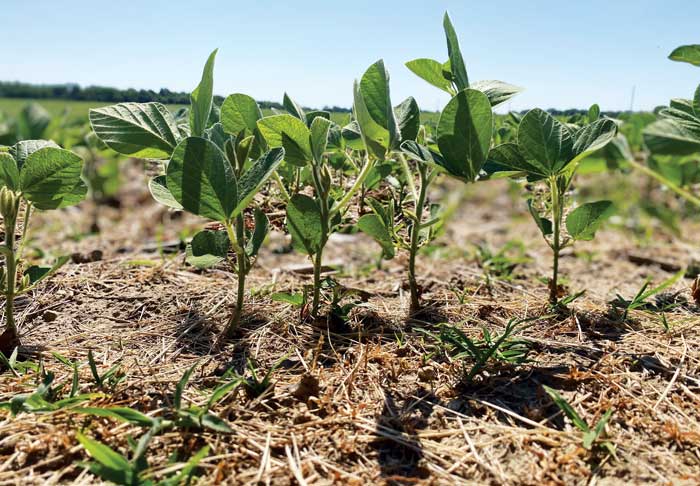 A sign that reads “Ohio Bicentennial Farm” stands outside Kris and Lacie Green’s house, honoring the family’s legacy in the village of Wakeman. Kris Green’s ancestors founded the operation known as Willow Brook Farm in 1817 after moving from Connecticut. The family business is still going strong with Green and his dad, Ken, running the 2,000-acre operation about 45 miles southwest of Cleveland.

The Greens started no-tilling soybeans almost 25 years ago but continued to conventionally till corn up until 2019 when Kris fully transitioned to strip-till with corn. The conservation practices are helping to solve their two biggest challenges — soil erosion and labor shortages.

“With heavier rain falling in shorter amounts of time becoming more frequent, soil erosion is a major problem in our area,” Green says. “Labor has been the biggest issue. We just don’t have the workforce anymore. We have one full-time employee. Cutting down on passes has made a huge difference.”

“They performed a rain simulator test, and I had never seen one of those before,” Green says. “There were two soil samples — one from Dale’s no-till and cover crop farm and the other from a neighbor’s conventionally tilled farm. It really opened my eyes when I saw how much water…