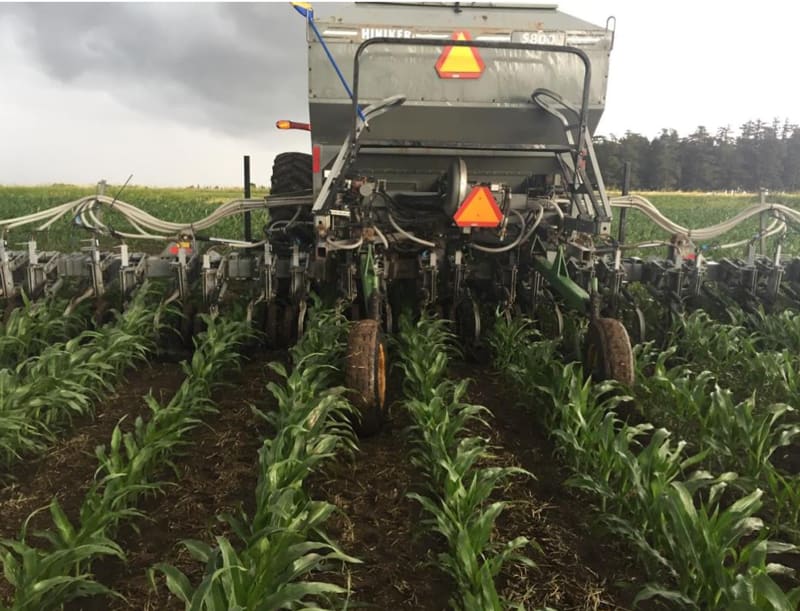 Iowa’s Jack Boyer uses cover crops to build soil for his Century Farm’s seed corn and soybean production, and reaps the benefits of additional nitrogen they add to his fields.

The following article is based on Jack Boyer's presentation at the 2018 National Strip-Tillage Conference. To watch the presentation, click here.

Maintaining an Iowa Century Farm while fulfilling the family goal of leaving the land in better condition than it was received, has led Jack Boyer a long way from the conventional farming his wife’s grandfather used when he settled the farm.

Boyer and his wife, Marion, operate the historic farm near Reinbeck, and are both committed to Marion’s father’s perpetual goal of leaving the ground and farm in better shape than when he received it.

“He was born in the house we live in and died at 94-years-old, having never lived anywhere else,” Boyer explains. “We’ve adopted his long-held philosophy so we try to keep improving the land with our methods.”

The Boyers have earned national accolades for his work in promoting soil health and sharing his experiences with cover crops and they are also life members of the Practical Farmers of Iowa.

The couple produces commercial corn, soybeans and grow seed corn for DuPont-Pioneer, along with cereal rye as a cover and seed crop. “Between what my wife and I own, rent and custom farm, we’re really small farmers by today’s standards,” Boyer explains. “Overall we’re still less than 1,000 acres, but we are the labor force.”

The Boyers’ are dedicated to building the soil and improving the conditions below the soil surface. They practice no-till and strip-till to maintain residue on erodible fields…

Safeguarding Your Soil with a Strategic Approach to Cover Crops