Two strip-tillers talk through the rationale and rewards of adding organic acres to a diverse farm operation.

Pictured Above: ROLLING ON. West Union, Iowa, farmer Loran Steinlage suggests that one thing to consider when seeding brassicas as a cover crop is to be careful that they don’t overpower your cash crop, and grazing is a good option to keep covers like radish, mustard and rape in check.

Organic farming operations are gaining traction as growers explore the economic opportunity in making the transition. Strip-tiller and no-tiller Loran Steinlage, owner of FLOLO Farms in West Union, Iowa, recently sat down with Angela Knuth, who manages Knuth Farms in Mead, Neb. Knuth’s farm is a strip-till and no-till operation farming corn, soybeans and wheat. The two talked about making the transition to organic production and some of the challenges, expectations and cropping options.

Loran Steinlage: You’re moving into more organic farming. What’s driving that decision and what’s the path your choosing to pursue?

Angela Knuth: It makes economic sense. It’s better for the soil health, and the benefits of that type of farming outweigh what we’ve been doing in the past. We started with alfalfa. It seemed like the easiest route because of the multiple cuttings that would help with the weed pressure. The baling is intense, but we’ve been dealing with baling since we put wheat in the rotation.

Steinlage: I used to make hay. At one point while I was running custom baling and I had a big square baler, I ran about 13,000 bales a year. It’s not as easy as the textbooks would say.

Steinlage: What’s your plan after the alfalfa?

Knuth: Rick Clark [of Warren County, Ind.] told us he’s planted straight into standing alfalfa, and when the corn comes he shreds that off and uses that as mulch for weed suppression. We’re mostly irrigated, so we plan on trying that route.

Steinlage: That’s similar to what we did. The practice we settled on was shredding at emergence and we’re working on the in-row roller. Two passes are with the in-row roller, and we had decent corn.

Knuth: That’s the second part. We invited Adam Chappell [of Cotton Plant, Ark.] to our family business meeting, and he told us about the rollers. If the alfalfa looks like it’s causing problems, we have that option to go in with those rollers. 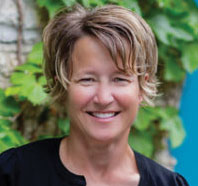 “An organic system makes economic sense. It’s better for the soil health, and the benefits of that type of farming outweigh what we’ve been doing in the past…” – Angela Knuth

Steinlage: After corn in your rotation, what’s the next crop you envision going to?

Knuth: A small grain would be a good option. We’re looking into some specialty markets for that. We could go with wheat, which we’re very comfortable with. We’re talking to a company about producing oats. They make milk that’s made out of oats, but we’re still looking for markets.

Steinlage: Talk a little about your current tillage practices.

Knuth: In 2005, we moved from full tillage to strip-till. We’ve been no-tilling soybeans for quite some time. In 2019, we did some no-till in corn, but it was rough with all the weather, so we just went no-till everything and it planted beautifully. When I first came on board here, I noticed they were definitely into more of the machinery side of farming and the task at hand, and I leaned more toward the agronomy. I don’t have an agronomy degree, but I started scouting fields and that’s where I ended up. I’ve noticed that the weeds don’t die. We’re spending a lot of money and we keep adding more chemicals.

Knuth: I wanted to try cover crops because to me, that made all the sense in the world. Then I had the opportunity with the University of Nebraska to do a grazing study trial, and that got our feet wet.

Steinlage: As you’re changing your practices, are you noticing less weed pressure?

Knuth: More so with the wheat, because we haven’t been consistent with the cover crops. That’s important. Unfortunately, it takes more than one season, and that’s the caveat for a lot of people.

Steinlage: What’s the best thing about the transition so far?

Knuth: It was an eye opener when we planted into the standing rye. The first season it rained when we wanted. That was the first field we could plant because it took in the rain. It was kind of wet, but the soil was so crumbly. So we planted right into it and it was like cutting butter with a knife. I really liked how it laid down. I thought, if we could do that across the whole field, we’d suppress any weeds.

Steinlage: I’m further north, so we’ll probably never get the big biomass covers to plant into. Our theory is plant when fit, roll when fit, or when the crop determines that it needs to be rolled. That’s why we’ve been focused on the in-row roller here. The biggest thing we’ve learned in the last 3 or 4 years in testing is to always have a backup plan.

Knuth: Exactly. Or at least make sure that you know what options are available. We had a fluke with the cereal rye. We sprayed it with herbicide, but it had nitrogen (N) in it. Then it rained for a week and a half. That was bad. 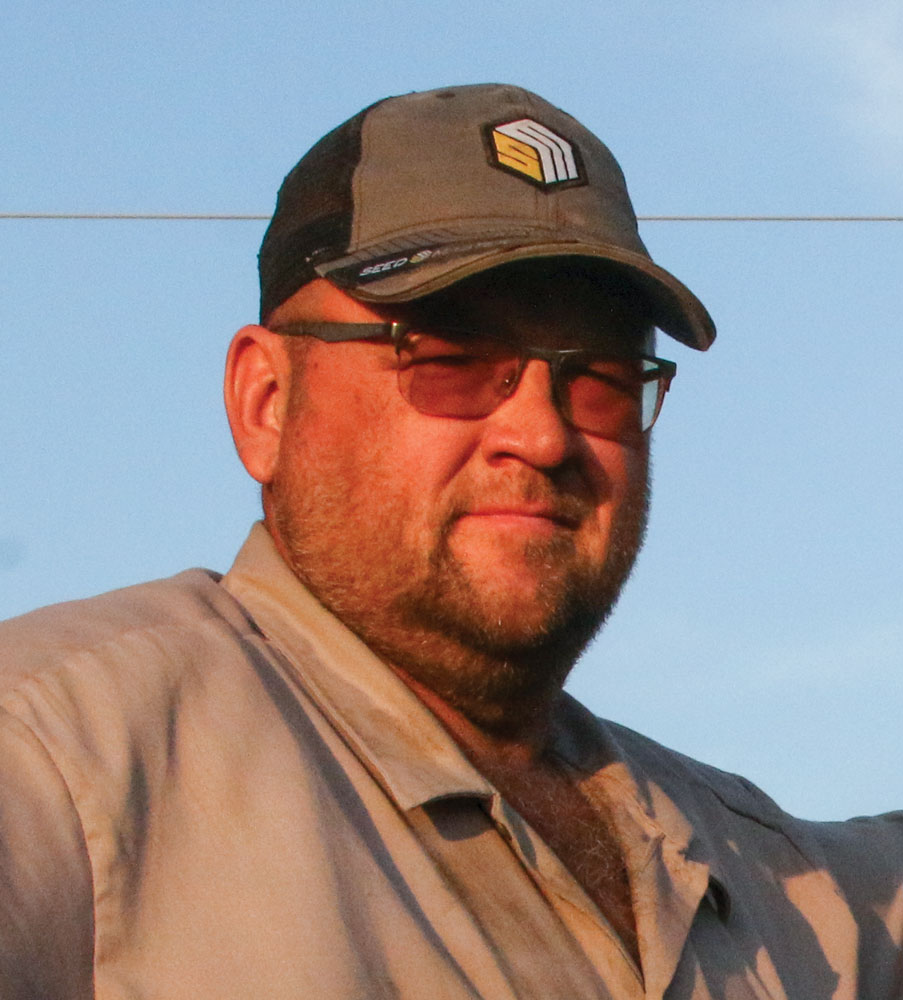 “I’m further north, so we’ll probably never get the big biomass covers to plant into. Our theory is plant when fit, roll when fit…” – Loran Steinlage

Steinlage: What would you change next time?

Knuth: We wouldn’t put N with the herbicide. That’s a simple fix, but now we know. Now we’re changing our fertilizer plan. We have Y-Drops now, so we’re moving from broadcasting in spring with the burndown to more of the Y-Drop application. We’ve definitely seen benefits with them.

Steinlage: What else do you foresee changing in your system as you move forward?

Knuth: We have a lot to learn about covers. I just learned about brassicas and their weed suppression, so we’d really like to work on those two elements. The fertilizer and chemicals are a huge expense, so why wouldn’t you want to know everything you could about how covers can help alleviate that?

Steinlage: The biggest thing with the brassicas, like the radish and the mustards and rape, is to be careful. They can overpower, so unless you’re going for the grazing option, you might want to hold back.

Knuth: We’ve tried to use radish. The university had a tracks vs. tire study, and we were the only wheat field in the area. They did the study and they just packed them, plus they irrigated some parts. So we came in with the Tillage Radish after that. We had trenches 8 or 12 inches deep. I was amazed. That study was done the second week in August, so we came in right away with that. We used a little Väderstad unit and seeded it with that as we went over it. It worked perfectly, but it was a good lesson.