Home / Blogs / Covering Strip-Till / Are You Insuring Your Soil Health?

Are You Insuring Your Soil Health?

Field days are often ideal environments for some provocative, even controversial discussions. Attending an educational event hosted at Beaver Dam, Wis., strip-tiller Charlie Hammer and Nancy Kavazanjian’s farm this summer, the focus of the day was on cover cropping and climate change.

A healthy 200 or so attendees took in a handful of presentations and participated in several field demonstrations on cover crop establishment, rain simulation and water infiltration. 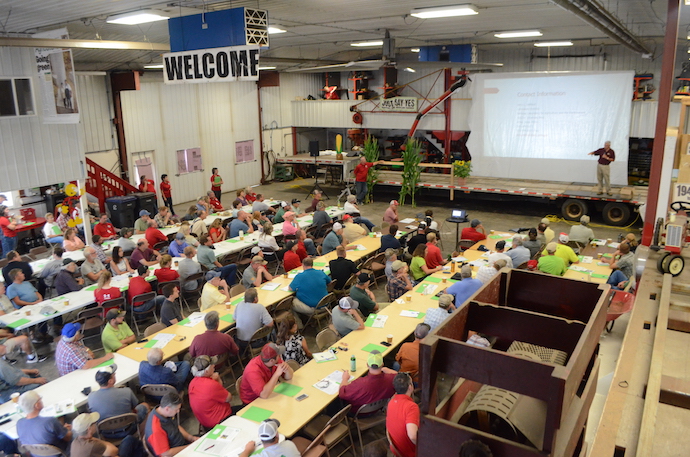 USDA plant physiologist Dr. Jerry Hatfield spoke on the correlation between climate change and soil health, with recommendations on how farmers can better insulate their acres from increasingly unpredictable precipitation patterns. (Look for more coverage from Hatfield’s session in the November issue of No-Till Farmer’s Conservation Tillage Guide).

After his presentation, Hatfield was asked whether he thought there would ever be government-imposed consequences for farmers who didn’t make efforts to improve soil health on their operations.

Hatfield suggested that at some point, farmers who don’t embrace soil health-building principles could be penalized in the form of higher crop insurance premiums. He noted that the top two crop insurance claims across the Midwest are excessive moisture and drought — both of which are related to how farmers manage their soils.

“We've been advocating that we need a change in crop insurance policy, not policies, but policy, that basically would really force the conservation aspect in agriculture,” he says. “My analogy on it is with car insurance. If you're wrecking your car, you're paying a higher car insurance premium. If you're wrecking your soil in my opinion, you're real risky and you should be paying more on that as well.”

It’s an interesting analogy, but Hatfield acknowledged the bureaucratic hurdles that would need to be cleared for such a concept to become reality.

Taking the analogy one step further, car insurance companies often tout rebates or “good driver” discounts for those who have a history of avoiding accidents and a clean driving record. Would the same benefits apply to those long-term no-tillers and strip-tillers who have documented and tracked increases in organic matter content or nutrient carryover?

Who knows, and perhaps that’s wishful thinking, but if anything, you should take pride in putting soil health improvement practices that others are only preaching.

Are You Fully Invested in the Economics of Your Farm?

Are You Adjusting Your Strip-Till Acres?